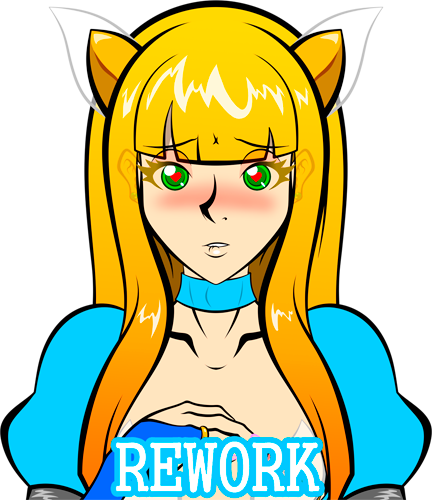 Well, first of all, I have to thank the people who keep making this game possible, the Patreons who with their help month by month allow me to continue this story. Also, to all the people who follow the development of the game on Discord and those who have voted and given their positive reviews of the game on the different pages found.

It's been a year full of productive work, but I think you're wondering. If you've worked all year on the game. Why isn't there new content? Well, the answer is simple, get caught up in the so-called Development Hell. Because of my little experience in all the fields of making a video game. Develop the game on a fragile foundation. And proof of that, are the Bugs that many experienced, where the game closed after a few minutes of running it.

But thanks to the RPG Maker Mv software update to Mz this year, I had the opportunity to correct the mistakes I made in the game. Of course, this was not easy, I take about 500 hours of work on the new software, to this day, I think the work I have done to improve the game is remarkable. And it gives me a stronger foundation to continue building the game in the future.

For that reason, I could not include night 3 and 4, already many will have seen the scenes finished, the work is done, it is only a matter of scripting the events and creating the new maps. But I think I'm going to rest for a couple of weeks before we go on as I've been exhausted and unspired.

Here's a little bit of what I'm missing in this game review:

Now everything has been changed:

Ufff, basically the game was rework from 0. This is the version of the game that must have come out, but I think by rushing things and wanting to meet unreal deadlines, I didn't give him the time and affection he deserved. I think that spoiling you learn, which translated would be: The experience that I have gained throughout the development of the game.

Well, here I say good-bye for this month, I hope everyone is healthy and living in their homes with their families.

Have a great new year.

Hmm, looks like my saves get deleted upon closing the game. Is anyone else experiencing this? Could it be something on my end like a file going missing or some suchy such?

The first time I hear of this type of error, it could be the antivirus (Normally the antivirus are the only ones that have the power to delete files that they consider dangerous or are not in their database, it can also be a virus.) The only one I can think of right now.

Is this game dead?

Nop, I have already 70% of the update completed.

when will the next update happen ?

Hi, I have played your game before and wanted to redownload it to play the rework. When I try to play the game however i says "The code execution cannot proceed because nw_elf.dll was not found." How do I fix this problem? Any help would be greatly appreciated!

Try this: .Dll If you download it and it is deleted or blocked by the antivirus. Change the permissions on the pc.

So I can download it just fine, but when I try to move it into the game file folder it just disappears. I allowed both the game files and that specific file through my anti virus and the same thing still happens. Any idea what could be happening?

Edit: Turns out I'm dumb and had two different anti virus programs installed. I uninstalled one and set the permissions on the other. After that I redownloaded the game entirely. This time the missing file was there and the game launched. Thanks for the help in trouble shooting, I look forward to seeing this game progress, and if I get a job this summer expect a new patron!

Anyways, could you please give us another full-clear save? The older one does not work in the new engine.